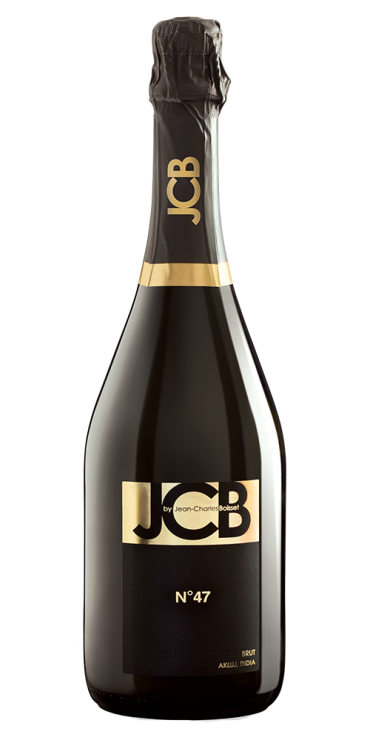 Jean-Charles Boisset's travels have taken him all around the globe on amazing adventures. It was upon visiting Fratelli Vineyards in 2016 though, where he tasted its wine straight from the barrels, that he fell in love with its vinted produce. Thus began an extraordinary collaboration.

From this partnership comes the single-vineyard JCB No 47 Brut sparkling wine, named in honor of India's year of independence - 1947. The wine is first barrel fermented in French oak and then undergoes a secondary fermentation in the bottle, following the Traditional Method of sparkling winemaking. The wine spends a total of 24 months in the barrel and bottle before it reaches your glass.

Rich in the mouth with a wonderful texture, this dry wine pairs beautifully with Indian cuisine.

The pure Chardonnay comes from the sandy soils in Motewadi, giving the wine a prominent mineral note with aromas of green apple, tropical fruit, and brioche. Rich in the mouth with a wonderful texture, this dry wine pairs beautifully with Indian cuisine.