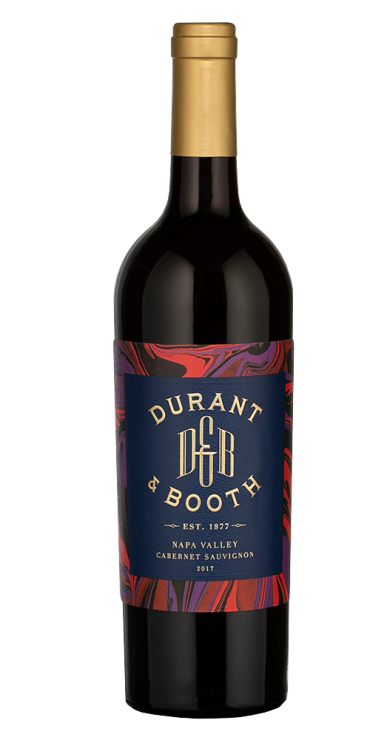 In 1897 Frederick Durant and Willis and Joseph Booth formed a partnership and took over the Oakville Mercantile General Store that was founded in 1877 at the Oakville Crossroads. By 1904 the sale of the store and the Victorian home was finalized and Durant and Joseph Booth moved in. Over the next several years, they transformed the destination into a grocery store for the Napa Valley. Today, the historic family home stands at the gateway of one of the unsurpassed wine regions of the world and the home has become the site of the Napa Wine History Museum.

A dark purple in the glass.

Opening with vibrant aromas of red cherry, strawberry and mulberry with a suggestion of lilac.

The flavors are layered with baked plum, blueberries and mocha with a nuance of spice and a touch of earthiness on the palate. This is a structured and well balanced Cabernet Sauvignon with fine grained tannins and a textured finish that lingers.

Harvested in the cool morning hours from vineyards across Napa Valley including the Calistoga, St Helena and Rutherford appellations, the grapes were hand sorted and underwent extended maceration before aging for 1 0 months in 2 5 new French oak.