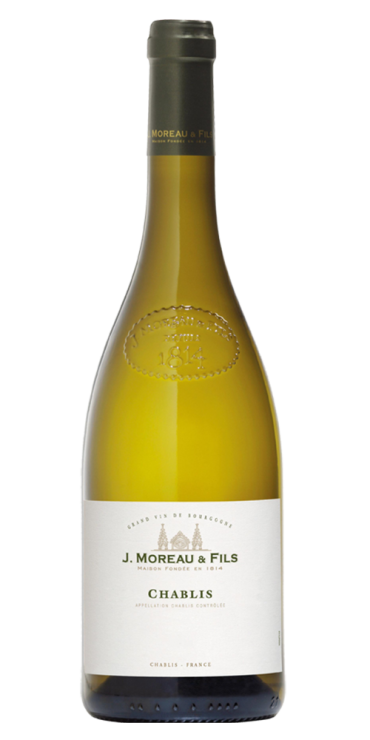 Though traces of a village dating back to the Neolithic period have been found, the true origins of Chablis go back to Roman times. Its name is said to have come from the Latin term “caplum”, meaning “ford”. Vines flourished here in the 3rd century, after having been rehabilitated by the emperor Probus. The Serein river, which played an important role in regulating the climate, also allowed wines from Chablis to be transported to Auxerre and Paris. From the capital, they were shipped abroad, to Flanders and England in particular.

Intense and fruity, with notes of mandarin and pineapple on a soft background of fresh almonds.

2019 was, again, a unique and very changeable year. It brought its own stresses for a great many producers, while harvesting passed without a hitch. Quantities were distinctly limited (down between 10 and 30%).
This is the result of all the various weather episodes possible which affected the vines depending on their location: Frost, hail, tricky flowering, drought, and heatwave in July. The consolation was that the juice is of very good quality, with high sugar levels and nice concentration. And contrary to what we might have expected, the acid balance was very nice. Since the start of the 20th century, every vintage that has ended with a “9” has been wonderful. The only downside to this one is below-average volumes.