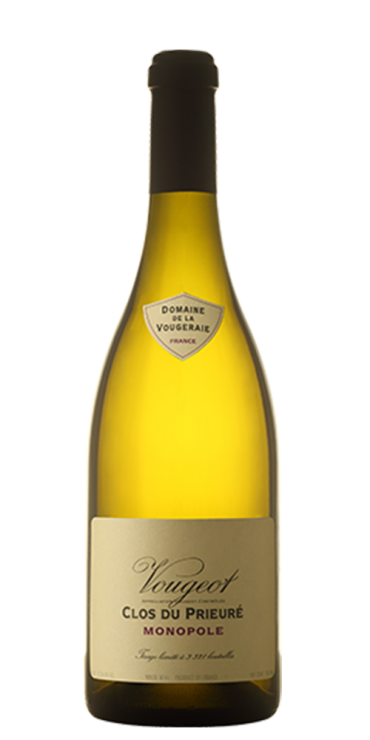 For the first 680 years of this vineyard’s history, it was tended by the monks of Cîteaux, who planted the Clos de Vougeot and the majority of the neighbouring plots at the start of the 12th century. The Clos du Prieuré, like the rest, was sold off at the end of the 18th century under the French Revolution. The Clos du Prieuré (priory enclosure) belonged to the Benedictine Priory of the Abbey of Saint-Germain-des-Prés in Paris, who owned land in the neighbouring parish of Gilly from the 11th century. As the Abbey of Cîteaux grew, conflicts with Saint-Germain-des-Prés were inevitable. In 1499 Jean de Cirey, Abbot of Cîteaux, after selling off part of the Abbey’s crockery, finally succeeded in paying off the debt to the Parisian Abbey, which was forced to accept some land near Melun in exchange for abandoning its rights at Gilly and Vougeot.

Though Vougeot is best known for the highly reputed Clos de Vougeot, the Premier Cru and Village appellations should not be forgotten. Connoisseurs yearn for this wine, from vineyards in such a fabled position. The Clos du Prieuré name recalls the Priory, which used to own these lands. The high walls of the Clos and the proximity of the Vogue ensure this parcel always reaches a good level of maturity.

Crisp and elegant with almond on the palate.