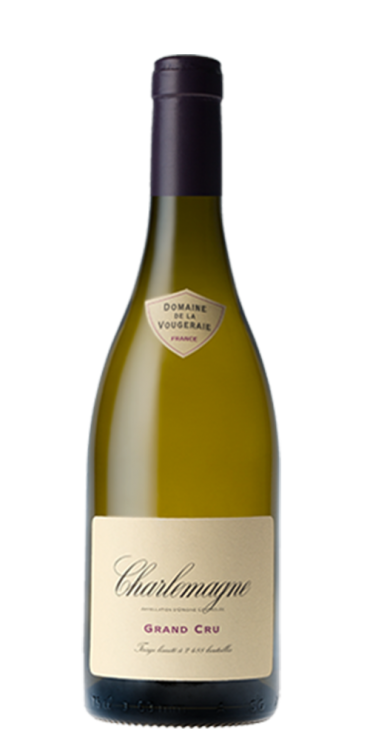 To obtain the favours of the Church, Charlemagne donated his vineyard in Corton to the Collegiate of Saint-Andoche at Saulieu. Justly so, as the land had in fact been despoiled by his grandfather Charles Martel! The Clos Charlemagne, as it was formerly known, remained in the hands of the Collegiate until the French Revolution, when in 1791-92 national property was sold off. As Claude Chapuis puts it, Charlemagne became “the most popular historical figure in Corton”, and his emblem, a two-headed eagle, is included on the shields of the villages of Aloxe and Pernand. Charlemagne was sometimes known as the Emperor with the Flowery Beard. As legend has it, this nickname arose because he often drank his red wine with such enthusiasm that it spilled from the cup and coloured his long beard, until finally his wife nagged him into planting this vineyard with white grapes. To this day, Corton-Charlemagne remains white.

Notes of white fruits such as pear with slight Fuji apple over tones.